Picture and audio post-production for the 90’ drama written by Lenny Henry and imaginatively inspired by his early life and career in Dudley in the 1970s.

The grade is designed to be emblematic of the time in which the show is set, rich warm orange and browns with a hint of blue in the shadows to evoke a 1970s feel. This look, made in the Baselight by the DOP Simon Tindall and Senior Colourist Jamie Parry, was applied during rushes as a CDL (Colour Decision List) based LUT which meant that the production was always viewing the DOP's intended outcome whilst still retaining the full flexibility of Log-C underneath for the final grade. The CDL decisions flow through the Avid Media Composer edit to the Baselight grading system giving the desired look straight away, ready for creative fine tuning. 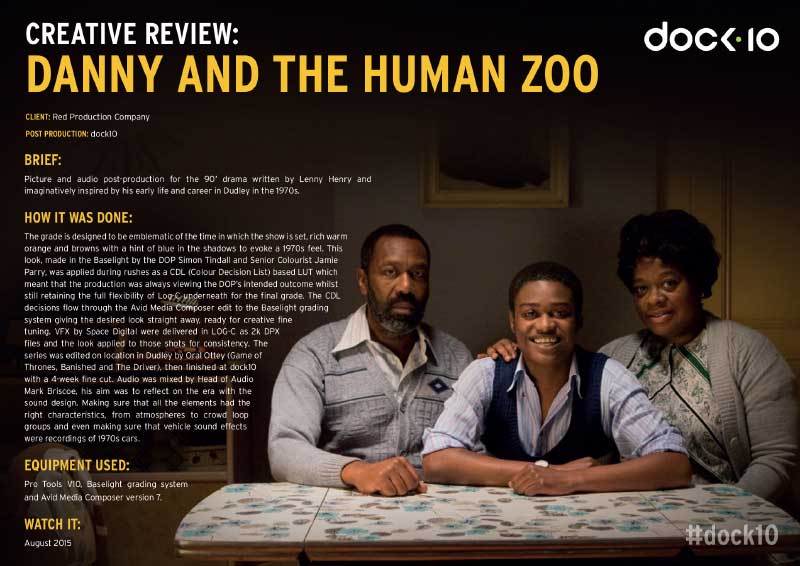