This is the second series of the popular daytime show Food: Truth or Scare from the BBC. dock10 handled the whole post production workflow, from pre-shoot workflow meetings all the way through to delivery of the finished episodes for transmission. The offline edits were done on Avid Media Composer in edit suites based within dock10’s new bespoke post production area “The Quay”. The ingest of the rushes and the archive for this series were handled by the dock10 Media Hub who ensured all material was ingested into the edit projects in a timely manner, making sure the rushes were delivered in the quickest time possible, allowing more time to work on them.

The online and grade of this series was done by Mark Stokes in dock10’s Avid Symphony Suite. Mark’s skills as an online editor came in to play due to there not being a separate grade for this series, ensuring that all the picture material looked its best for TX whilst utilising all the grade tools within the Avid Symphony. The audio dub was done by dock10’s Mike Stewart in Pro Tools Version 11. Mike used his many years of experience to create the best possible audio, seamlessly blending the composed music, sync, voiceover and SFX to ensure a quality mix. 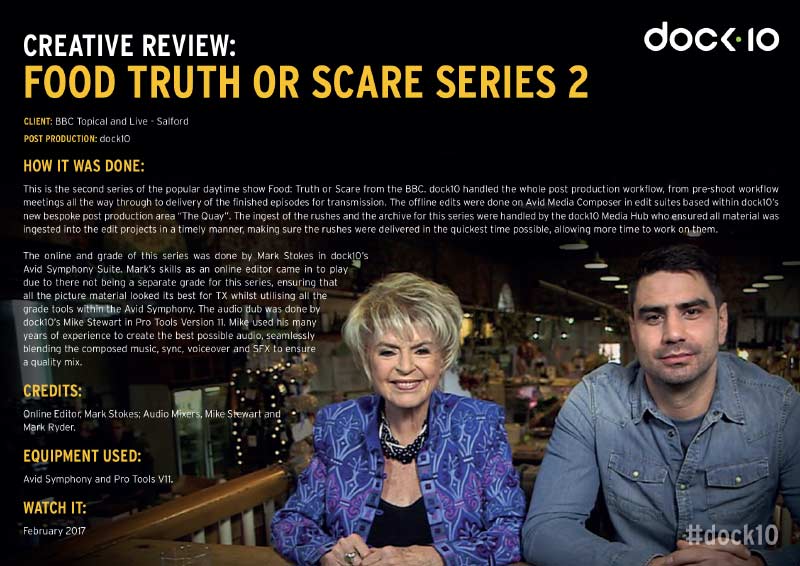