Manage the end-to-end post production on the six part crime thriller from BAFTA award-winning writer Sally Wainwright, in which a staged kidnapping quickly spirals out of control. Rural police officer Catherine, played by Sarah Lancashire, finds herself at the centre of a series of brutal crimes as the darkly compelling drama unfolds.

Shot on location in and around Hebden Bridge, daily rushes were transported to dock10’s facility at Media City, where all rushes were transcoded through DaVinci ‘Resolve’ to produce a working grade for the assemble edit.

Final sequences were conformed to dock10’s Baselight 2 grading system, on which Jamie Parry used a combination of layers, mattes and shape tracking in addition to subtle effects such as ‘camera shake’ to bring a dynamic, nuanced look and feel to the programme. Head of Audio Mark Briscoe worked closely with Director Euros Lyn on the sound design, looking to ensure the ‘gritty’ audio complimented the dynamic and edgy visuals. 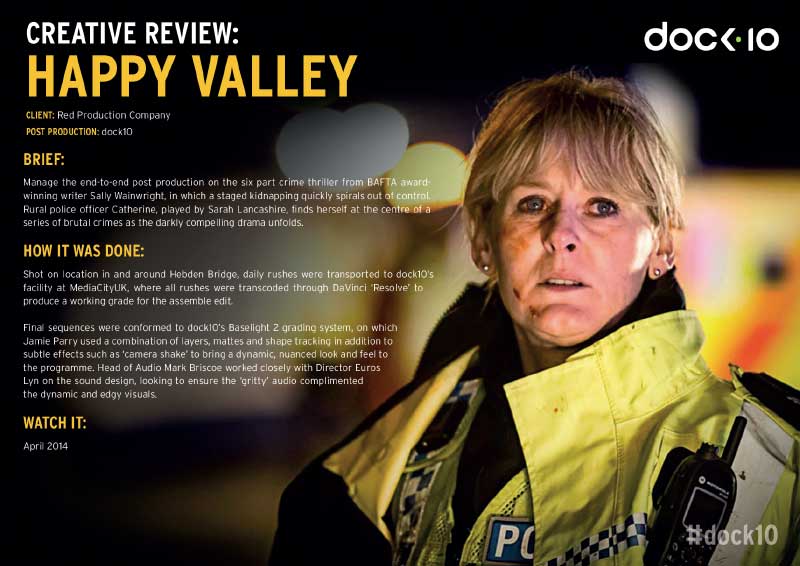