Because they are "Christmas" episodes the general feeling was for warmth inside, with lots of golds and reds for the interior family eating scenes. An exception to that is a new location where the house has not quite been finished yet, so that needed to feel colder and frosty. Special FX and VFX all helped with the frost and the grade enhanced that feel further by subtly removing the warmer colours from the scene.

Some darker scenes in farm sheds and rooms where the electricity fails all needed attention to ensure just the right level of darkness, creating a chilling atmosphere whilst still guaranteeing all key details remain visible. Some glow and sunshine has been added to certain scenes, all to make the very most of shooting in God's own county!

On this series it was our intention to make a clean and crisp mix that allowed for the clarity of Sally Wainwright’s scripts to take precedence. We always aimed for the rural atmospheres to be a silent but present partner - at the same time making the most of the dramatic moments to bring the sound design to the forefront. 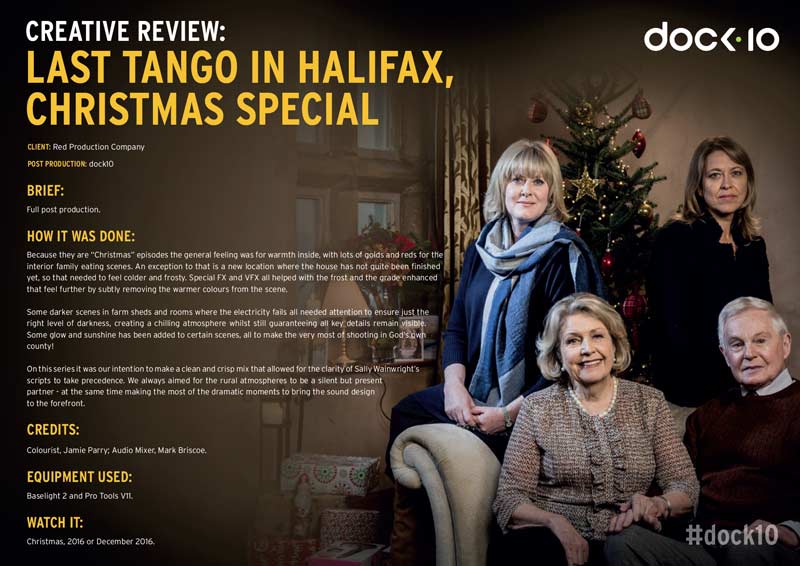