Manage final post, dub and grade for a one-hour BBC Sport Match of the Day at 50 documentary.

The assemble and offline cut began off-site with editor Nathan Carpenter. dock10 imported the AVID project and raw rushes into their ISIS at DNX120; as production were in the fine cut stage at this point, dock10 felt it was unnecessary to work at a proxy resolution for this project. Archive material was ingested via dock10’s ingest area throughout the course of the edit and, once locked, senior sound mixer Mike Stewart used Pro Tools V10 to create a lively mix, adding spot effects for some of the older parts of the archive. A lively feel was added with a Da Vinci grade. 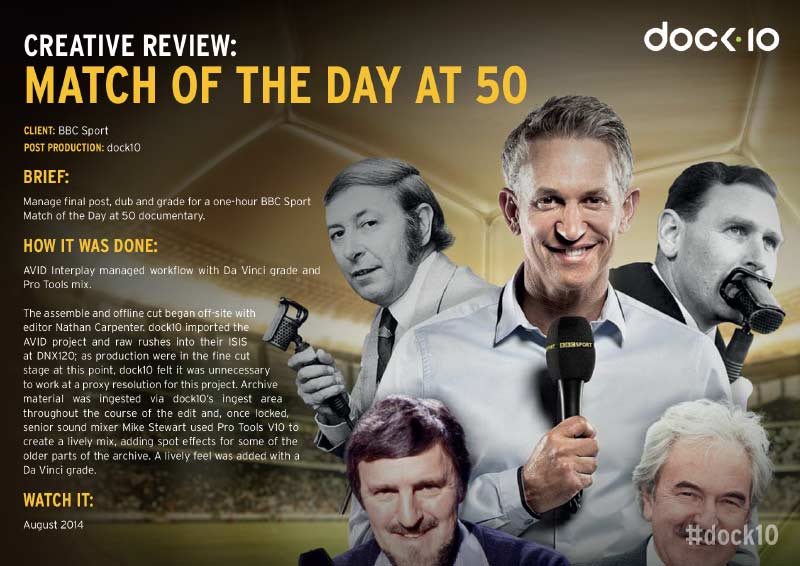