Picture and audio post-production for the returning 3 x 60’ drama written by Chris Lunt and produced by Tom Sherry. The series follows Dave Murdoch on the run with a young female prisoner when his daughter is kidnapped - DS Reinhardt has a new prey in her sights.

Prey series 2 saw editor Johnny Rayner and director Lewis Arnold return to dock10 after previously editing successful E4 series Banana. Audio was mixed by Head of Audio Mark Briscoe whose aim was to create a gritty yet authentic soundscape. As the handheld camera chases the action, he wanted to replicate this with the audio to make the audience feel that they are two steps behind the chase. In certain instances, the director Lewis Arnold flipped the perspective so that we are inside the head of Phil Glennister’s character Murdoch, and the sound plays an important role in highlighting that perspective shift. 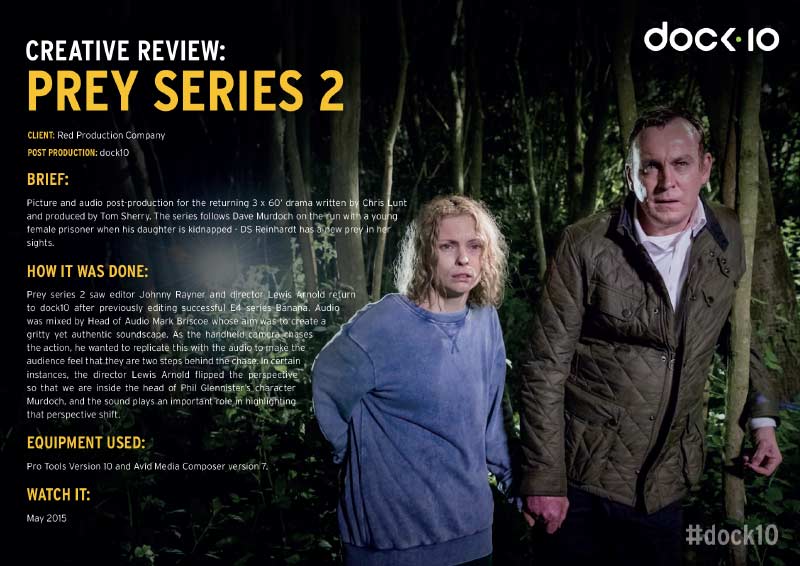