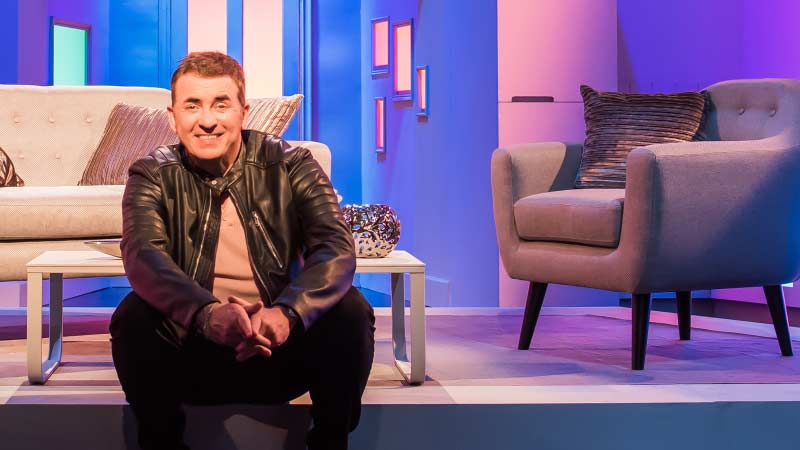 In this brand new studio show Shane Richie is our guide to some of the funniest, freakiest and most shocking adverts from around the world.

Filmed in front a studio audience at dock10 in Manchester this brand new series brings actor and presenter Shane Richie back into the studio for a comic romp through some of the world’s funniest adverts.

These days modern advertisers are out to capture our attention twenty four hours a day running adverts on smart phones, ipads, computers and even that old fashioned thing the TV. And with that kind of competition of course the best way to get your product noticed is by making ever more bold, bizarre and funny ads.

Each week offering a fresh new collection shocking ads from around the globe, this new series sees Shane Richie share with us some of the world’s most bizarre adverts, from skydiving cats selling insurance in Sweden to killer bathroom soap from Germany.

You’ll see educational unicorns on the loo, flashing pensioners selling chicken, joint cracking chiropractors, Japanese cows milked from space and ice cream that is so good it can eat itself!

In front of a lively studio audience each week Shane tackles a selection of different themes from the weird wide world of advertising… from dads to dating, from perky pensioners to pesky pets.

Plus we’ll have vintage ads from the archives, viral ads from the internet and fake ads made for April Fool’s day, so prepare yourself for some of the funniest, most surprising and gobsmacking adverts from all over the world… just because you are worth it!