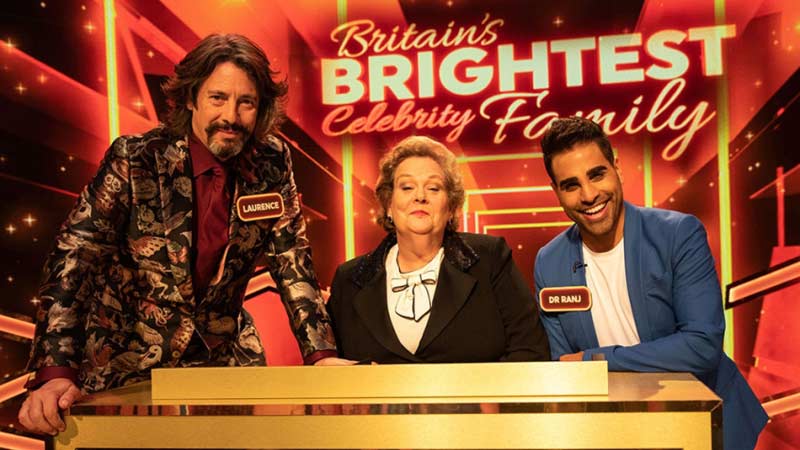 Quizzing titan Anne Hegerty (The Chase) is back hosting a brand new series of ITV's hit quiz show Britain's Brightest Family – but this time, it's well-known celebrities and their families who'll be battling it out for the title.

And for the winning famous family, there's a whopping £25,000 prize for their chosen charity up for grabs.

Two brand new rounds have been added to this celebrity spin on the format – including an 'Observation' round featuring fun, cartoon images of Anne that put their memories to the test. Plus, there's an 'Identify' round where members of each team must race against the clock to physically sort two piles of answers into their correct categories. Can they tell their cheeses from their Italian composers? Their birds from their Roald Dahl characters?

Filmed before lockdown at dock10 studios, the heats include a soap special as Shaun Williamson and family take on Lucy Fallon and family in an 'Eastenders v Corrie' contest; a football heat with John Barnes taking on Matt Le Tissier with both their families in tow; a reality TV special featuring Scarlett Moffatt vs Curtis Pritchard and their families and a TV Experts heat with Dr Ranj Singh and his relatives taking on the Llewelyn–Bowens.

The winners of the heats are put to the test in two semi-finals, before the grand final, where the winning family will take home that £25,000 for their chosen charity.

A Gameface Productions for ITV.