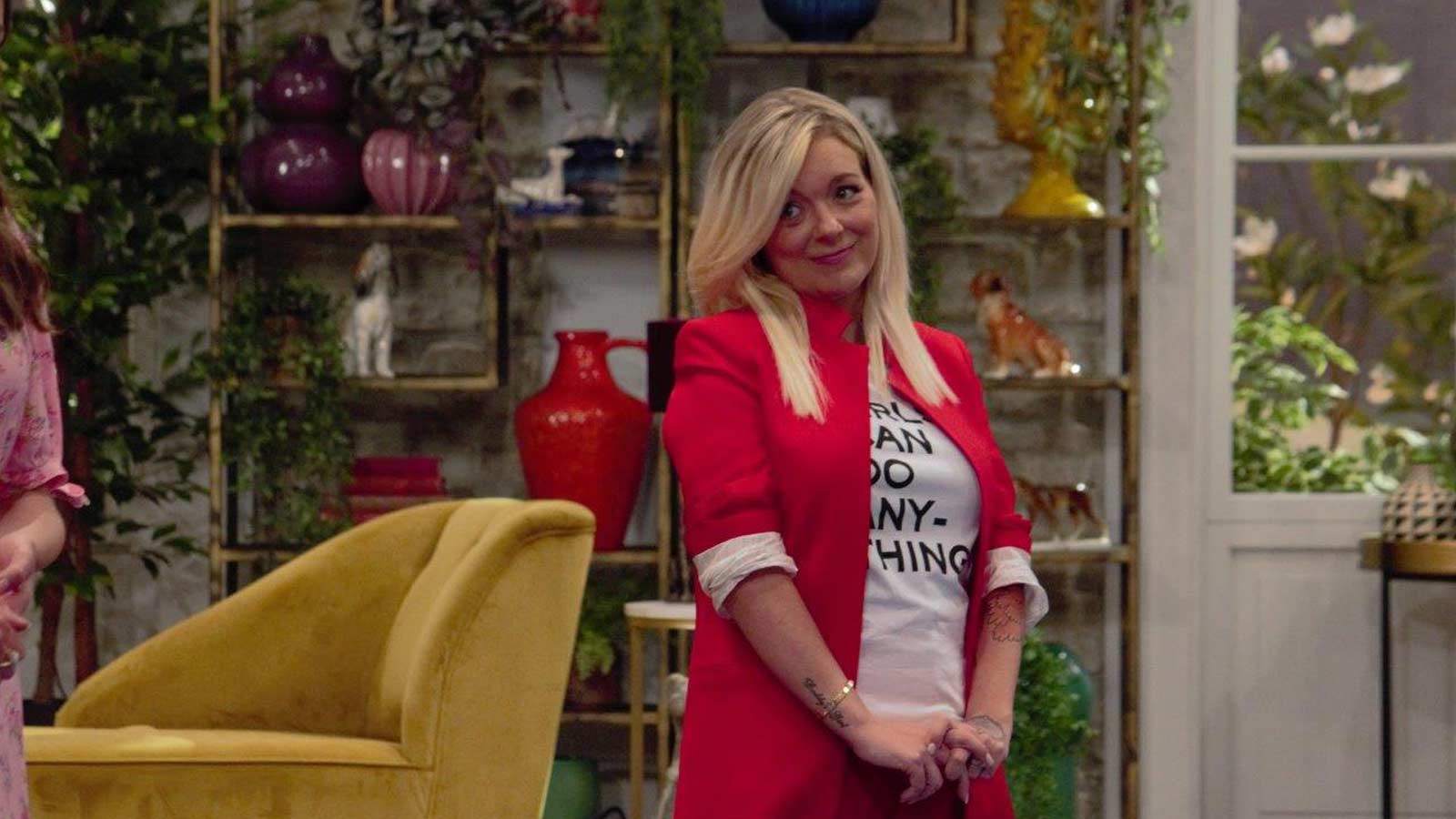 Set to air in early 2021 on BBC One, Pooch Perfect is a new competitive dog styling format hosted by Sheridan Smith.

Notably, it's one of the first brand new Studio formats in the UK to be made during Covid-19 era, incorporating social distancing into its fabric from the start.

Produced by Beyond Productions, and filmed at dock10 studios in Salford, the series features professional dog groomers from around the country taking part in a series of challenges to create epic transformations of pets.

When it was first commissioned by BBC One in February, the series was meant to feature ten pairs of professional stylists. Each pair, comprising a groomer and their assistant, would then gradually be whittled down each week, competing to be crowned the Nation's Top Dog Groomer.

At the time, it was reckoned that the biggest challenge about making the show would be working with lots of dogs.

Then, of course, came Covid-19 and lockdown.

Damon Pattison, creative director of Beyond Productions, says it quickly became apparent that the format would have to change entirely if the series was to shoot.

The key was to try to reduce the number of people taking part in the studio at one time to make social distancing possible.

First, the groomers' assistants were ditched, removing ten people in one go. Then, the format was adjusted. So instead of whittling down ten contestants one by one per episode, the format was rethought so that four groomers would face off in a series of four heats, before going on to quarter finals, the semis and the final itself. This meant the production would also need fewer story producers on the studio floor – just two instead of the five as originally planned.

"We readapted the format to make it specifically for a socially distanced environment," says Pattison.

However, the format tweaks meant the set had to be redesigned, with four grooming pods per episode, instead of ten. This had to be done while ensuring two metre spacing between the dog groomers, judges and cameras on set.

Far from compromising the show, Pattison thinks the changes enhanced it: "The show benefited enormously from the changes that we made to its structure. The heat system works much better – it allows us to spend far more time getting to know who the groomers are, so we feel for them at the end of the show if they do or don't get through."

Coronavirus added yet more challenges for production. Casting – of the show's judges, groomers and even the dogs themselves – was done remotely, via zoom.

The dog casting was a particular worry as the experience of making an Australian version of the show in 2019 highlighted. "The key thing with this show is dog casting," says Pattison. "You have to ensure that the dog's hair is the right length, that it's been brushed through properly so that the groomers can cut, clip and style against the clock. You have to ensure that its temperament is right, and that it is fit and healthy. In the Australian series, every dog was met beforehand. But we couldn't and so a 10 minute face to face meeting soon became an extended series of checks via zoom".

The first time the team actually met any dog was on the day of the record and it was only then that they could be thoroughly inspected by the show's vet, animal welfare officer and grooming consultant. It was their job to ascertain whether the dogs were healthy, would react well in a studio environment, would get on with the other dogs and would enjoy the whole grooming experience. Invariably there were dogs that couldn't be used and so each day was a nerve wracking experience as without dogs there was no show to record.

The production filmed throughout August across studios two and three at dock10 – rather than the larger studio one as originally planned. "Having two studios helped us enormously because it meant we had double the number of facilities – and so we could just spread ourselves out more," says Pattison.

Crucially, there was also a 'dog holding area' set aside within dock10 where the dogs could be kept, to relax and de-stress away from the studios. "We needed a separate area for the dogs away from the groomers as many of the challenges were a surprise, so it was vital to able to spread ourselves around the place and hide the dogs away."

A lot of time was also spent planning for a safe shoot. "We had a massive contingency document for anything that might go wrong," says Pattison. For example, plenty of thought went into who could actually handle a dog, who could touch a dog's lead, and how it would be moved around the studio.

Then, the night before the studio shoot was due to start, Salford went into a local lockdown. "After the three months of pre-production, we suddenly got the government announcement to say that Greater Manchester has gone into lockdown with no further information. We worried that the whole production might be off. After everything that we had planned and prepared for, suddenly it looked very bleak."

After a sleepless night, it very slowly became clear the next day that the local lockdown allowed for work to continue but it meant the production team had to start rearranging myriad logistical details from the transport of the contestants, so they wouldn't have to travel on public transport, to extending hotel check out for dog owners who now had nowhere to go during the day whilst their dogs were being groomed as everywhere had suddenly shut down.

After such an eventful production, the series is now in the edit, ahead of transmission early next year. "What we need right now is an unadulterated dose of joy in our lives and when this hits our screens in the depths of winter, I'm hoping that Pooch Perfect will bring exactly that," says Pattison.