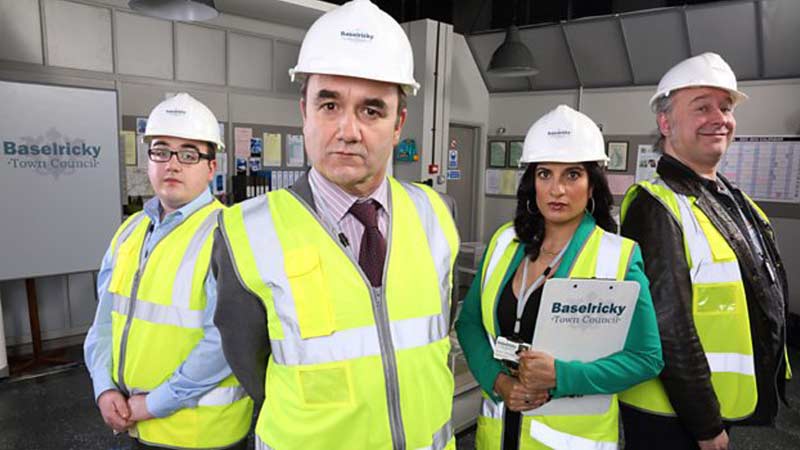 BBC One has announced that studio filming has begun on The Wright Way (previously entitled Slings And Arrows), a new six-part sitcom from writer Ben Elton.

Ben Elton says: "All my happiest television memories concern BBC comedy and in particular BBC sitcoms. It's an honour and a privilege to get the chance to be a part of that tradition again and I'm as excited today as I was when The Young Ones was commissioned 30 years ago."

As Gerald Wright, David Haig is the fastidious manager of a local council's Health and Safety department. Wright relishes the rules and regulations he uses in his professional life and only wishes he could apply them to his private life, which often stumbles haplessly into chaos.

The Wright Way was written by Ben Elton and is a Phil McIntyre Television production for BBC One. It was commissioned by BBC One Controller Danny Cohen and former Controller of Comedy Commissioning Cheryl Taylor.

The Wright Way is being filmed at dock10 studios, Salford, from January-March 2013. It begins on BBC One in week 17.