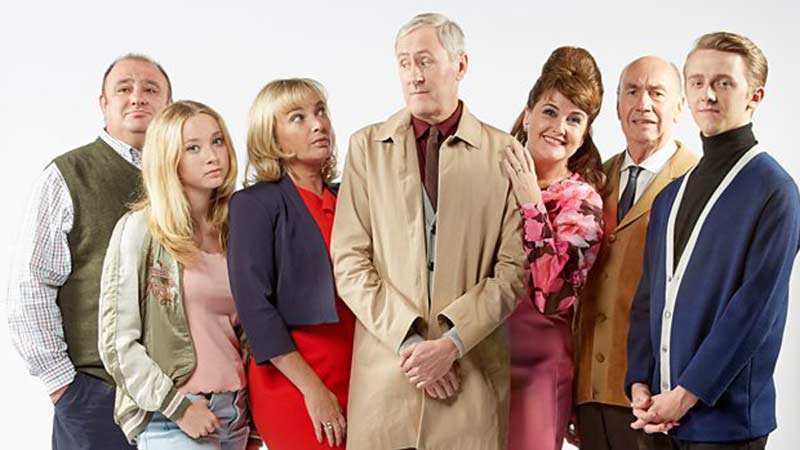 Goodnight Sweetheart, one of the BBC's longest running and best-loved sitcoms from the 90s, is being given sparkling new life as part of the BBC's landmark sitcom season.

We last saw time-travelling TV repairman Gary Sparrow (Nicholas Lyndhurst) 17 years ago when his mysterious time-portal closed for good, leaving him trapped forever in 1945 with his East End pub-owning wife Phoebe (Elizabeth Carling), their none-too-bright friend Reg (Christopher Ettridge) and their toddler son Michael. Abandoned in 1999, and sadly resigned to never seeing him again, were his original wife, the successful and glamorous Yvonne (Emma Amos) and his oldest friend Ron (Victor McGuire).

Now, 17 years have gone by and it's 1962 - the year Gary was in fact born. Is it possible he could actually witness the event? Well, obviously not, according to the elementary rules of time travel: it might cause some very startling consequences such as being catapulted ahead into 2016 - a world he knows nothing about.

This one-off special filmed at dock10 studios is written by original creators Laurence Marks and Maurice Gran (Birds of a Feather) and sees the return of the entire original cast from 1999, and they are joined by youngsters Tim Preston, Esme Coy (in real life Emma Amos' daughter), Liam Jeavons and Khali Best.

It is produced by Retort, a FremantleMedia UK label specialising in scripted comedy.