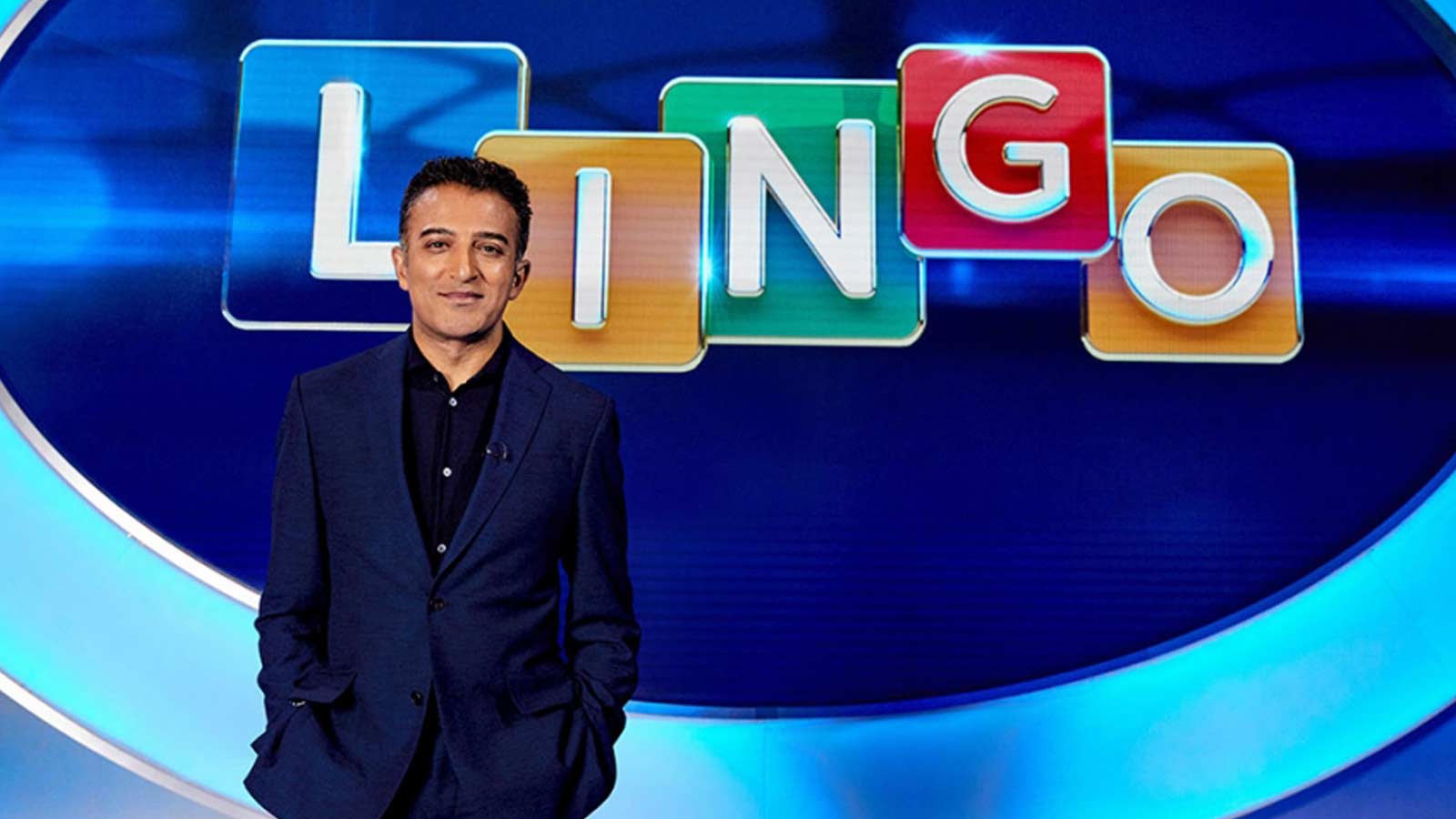 Following the breakout success of the first series, ITV can announce it has commissioned a second run of hit game show, Lingo.

Host Adil Ray OBE will return to preside over 60 x 60' episodes of the fast-paced word play game, filmed at dock10 studios and produced by Objective Media Group Entertainment and has proved hugely popular with viewers since it debuted in January.

In its first full week on air, Lingo averaged 1.9 million viewers and a 20.8% share, making it the best launch of a game show in the 3pm time slot since 2002.

Lingo sees three teams of two contestants compete against each other to fill in the blanks and find words. Over a series of rounds the prize money gets bigger, but so does the risk - fail to find the right word and your opponent gets the chance to jump in and take the money. In the nail-biting End Game, the last pair standing can double their prize fund, but if they can't find the words, they could go home with nothing.

Actor, comedian and TV presenter Adil said of the news of a second series: "It has been a r__l pleasure to b___g so much joy, shouting at the t___y and h__eschooling, to so many millions. Thank you to everyone for watching and to all the L___o crew for being brilliant."

OMG Entertainment's Ben Shephard and Ed de Burgh added: "We're over the moon that viewers are enjoying the show, there's a lot of Lingo love out there! We can't wait to start making more. The question is do you know your Lingo?!"

Lingo is already a successful format globally, having notched up more than 500 episodes in the US and airing for almost three decades in France and the Netherlands.