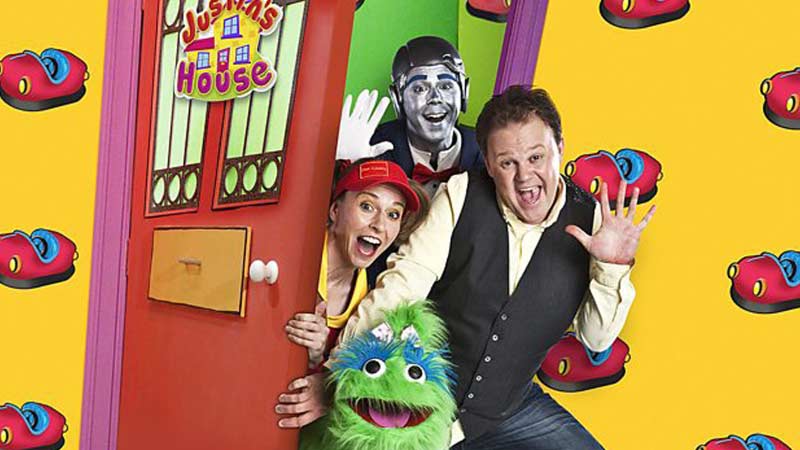 Justin Fletcher is one of the busiest men on the planet with three of CBeebies most popular shows, Something Special, Gigglebiz and, of course Justin's House, which returns for a new series on August 25th. That's not to mention the live BBC shows he's just done at dock10, MediaCityUK in Salford and his many other varied commitments.

Despite this – and his many guises (he plays all 15 characters in Something Special and 26 characters in Gigglebiz) - we managed to track the man himself down while he was filming in Salford to get the low down on the new series of Justin's House and to find out why it has proved to be an instant hit with the CBeebies audience.

For those who don't know Justin's House – or can't sit still telly as it has been referred to – Justin describes it as 'an interactive comedy show filmed in front of a live studio audience'. He says: "Justin is joined in the house by his helpful robot Robert and Little Monster. There's plenty of singing and dancing for children to join in with, lots of slapstick comedy and appearances from mystery guests."

The first series of Justin's House was hugely popular with young children and an instant hit. It's not difficult to see why. Justin says: "It's a colourful, upbeat show with funny routines and interactive songs. The fact that it is filmed in front of a live audience adds another level of excitement."

There is a tremendous amount of energy needed for a show like this; it's very physical so how does Justin prepare for a performance?

"I just love what I do and that keeps me going. It is exhausting sometimes of course but it's so much fun too. I'm helped along by the enthusiasm of the children in the audience."

The other characters in the show - Robert the Robot and Little Monster – bring as much fun and energy to the show as Justin but there's no jealousy! Justin says: "Justin gets on very well with all the characters. He sometimes has to keep Robert in check when he's getting carried away with his amazing inventions and Little Monster gets up to all kinds of mischief but they all have a lot of fun together."

So what can we expect from the new series? "Following on from the Olympics we have some great sporty guests coming in to the house. We have skilled footballers and some great gymnasts. We also have an amazing juggler who juggles with hats!" says Justin.

A little birdie also tells us that comedy actress Sally Philips (Miranda & Bridget Jones films) has a cameo role in the new series. She plays Wanda Round who comes to view Justin's House and decides to buy it!

One of the things Justin's House seems to be really good at is getting children off the sofa, dancing and singing along. Was this something that Justin set out to do with the series and how important is it for children?

"Absolutely,' says Justin. "The show is about encouraging children to join in. If they are singing and dancing they are having fun too."

And is Justin's Fletcher's house anything like Justin's House? Surely it must be?

"I hope my house is as welcoming as Justin's House," he says… "Though it's not quite as colourful!"