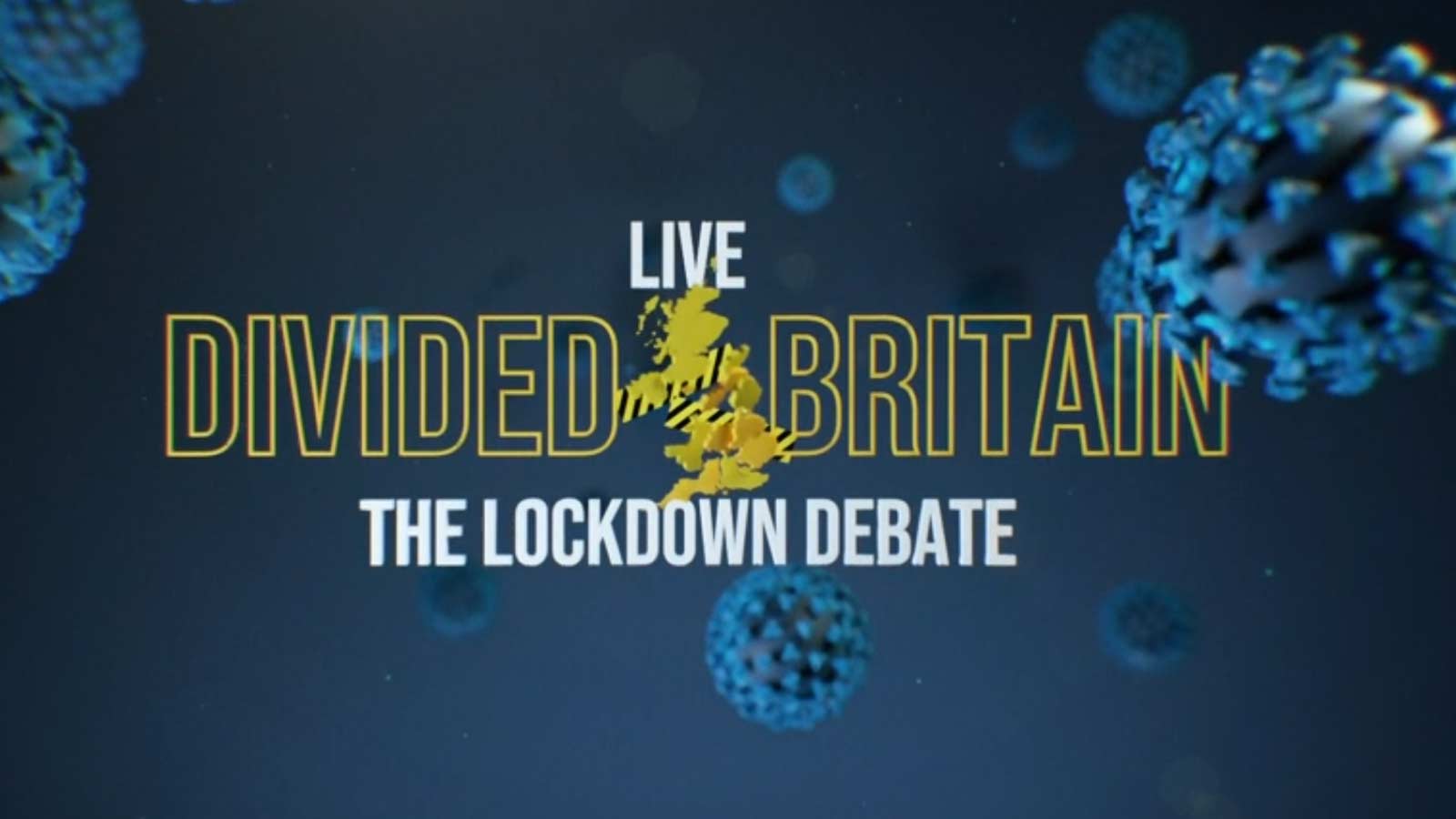 Chaired by Channel 4's News' Krishnan Guru-Murthy, the live, first ever programme commissioned as a lock down debate on terrestrial tv is an hour-long. It will see politicians, business owners, doctors and scientists debate the critical issues facing the UK as we face the most intense period so far of the Covid-19 pandemic.

A specially commissioned poll will give the most comprehensive view of the response to the pandemic and whether people believe current lockdown measures are too severe or not strong enough; whether people favour a so-called circuit break and their opinions on where the UK's economy is headed as well as the impact on physical and mental health.

Channel 4 Head of News and Current Affairs and Sport Louisa Compton, said: "As the divisions of opinion across the country intensify - this important debate will give a snapshot of public opinion on these recently announced restrictions and ask what should be next for the UK?"

ITN Productions Managing Director Television and Executive Producer, Ian Rumsey said: "This is a crucial moment for Britain and the fight against coronavirus. This debate will give a real sense of what people all over the UK really feel – and where they think the priorities should lie."

Filmed at dock10 studios in Manchester, the debate will take place in front of a carefully selected live audience of people living in the same households, adhering to strict Covid filming protocols and current guidance and regulations.

The programme will be produced by ITN Productions. The Director is Martin Collett and Executive Producer is Ian Rumsey.