What's it like to work at dock10? We caught up with Madeleine Jones who talked us through her week as an Entry Level Sound Assistant.

It's a new week and I'm shadowing freelance Sound Assistants on a new gameshow called Riddiculous. It's the penultimate day of filming this series and we're recording four shows today.

As I arrive at the studio, each department of the crew is prepping for the day ahead. Myself and the other Sound Assistants take instructions via our communication devices from the Sound Supervisor up in the gallery and test the microphones and speakers that we rigged the previous week. The first set of contestants arrive – three teams of two – and it's our job to secure radio microphones to them. They get in position behind their podiums and we assess the type of clothing they have on, as this dictates where the microphone can go and still remain discrete – there's a lot more thinking behind it than people realise! The presenters, Ranvir Singh and Henry Lewis, then arrive and we do the same for them. Once everyone is ready to go, we start filming. The game involves general knowledge rounds followed by the riddle rounds. It's good fun and I enjoy playing along and seeing how many riddles I can solve while watching behind the scenes. Filming a whole episode takes around one and a half to two hours. We filmed three more shows that day which took us late into the evening. Once we've wrapped, the Sound team reset everything in preparation for the next day.

It's the last day of production on the first series of Riddiculous. We film three shows today and it's a similar procedure to the previous day. This has been one of my favourite shows I've worked on as a trainee as I got to be more hands on with securing microphones to the contestants and rigging all the equipment – plus I've enjoyed playing along with it! The de-rig involves packing away the microphones, speakers and transmitters for the IEMs (in-ear monitors for the presenters) and radio mics. Once everything is checked and in the flight cases, we wheel them down to the loading bay for the hire company to collect the next day.

My workplace is holding 'dock10 Live', a live music fundraiser for the mental health charity 42nd Street. It's the first in-person one since before the Covid-19 pandemic. It's a chance for staff and their friends and family to enjoy an evening of live performances and socialise with each other – plus there's free pizza and drinks. I was keen to help out with the sound on this as I thought it would be a great opportunity to do something a bit different to my usual role. Sound for live music is quite a different animal to sound for TV.

We spend the day soundchecking all the bands. Myself and another sound trainee are mostly responsible for moving mics and equipment between acts, however, the sound engineer who is mixing each band is playing in the first band so has asked me to mix them as I have some experience of mixing live music. They're a six-piece band with multiple instrument swaps so I see it as an excellent challenge and learning opportunity. It's also my first time using a digital mixing desk and I love it! In some ways, it's not as straightforward as an analogue desk where you can physically see all the controls and what they're doing. But once you get the hang of it, it's very user-friendly and storing all the levels and edits to each channel is very handy. So once I'd set the levels for the band during soundcheck, I could simply load them up for showtime.

As the event starts, the audience fills the room and the atmosphere builds. I manage to mix the first band with no problems (despite my nerves!). Each band and performer are well-received by the supportive crowd. Everyone seems happy to be at an event like this and supporting a great cause. There's a couple of technical hiccups relating to both sound and the livestream but nothing too major. Overall, a very successful and fun night!

Today is a quieter day as I do some online training from home. A Sound Supervisor I work with recommended the Calrec online training courses. Calrec is the company who manufacture the mixing desks and other audio equipment for TV studios. I complete courses such as ‘Dolby Atmos Training on Immersive Mixing’ and a few AoIP (Audio over IP) courses to give me a better understanding of how things work in sound galleries.

This is my fourth time working on Blue Peter and it's one of my favourite shows to work on. It's a similar process each time but the show has enough variation to keep it interesting from week to week. I actually didn't know it had moved up to Salford from London around ten years ago until I started working at dock10. It was a pleasant surprise to know I'd be working on such a staple of UK television.

We start around 8:30am and I collect my comms device (basically a very high-tech walkie talkie) from the sound gallery and chat to the Sound Supervisor about the day ahead. There are always guests on the show but this week there are a lot more than usual. Guests included competition winners, musical performers and fans of the show. This means us Sound Assistants need to secure radio mics to lots of people with a fast turnaround. The guests also brought their families so it became very busy on the studio floor during both rehearsals and filming. Rehearsals start in the morning and continue all day until a full run-through of the whole show around 4pm – an hour before the live broadcast at 5pm.

Once the live broadcast starts, it flies by! Thirty minutes of running through each sequence we have spent all day rehearsing goes by in a flash. It's certainly satisfying to see the work you've done all day pay off very quickly. At 5:30pm it's a wrap and we de-rig all the equipment including audience microphones hanging from the grid, the emergency microphone (the kind of thing you always need for live TV!), radio microphones and speakers set up around the studio.

It's great to have such a varied week like this. I enjoy having a job where no two weeks are the same – you never get bored! 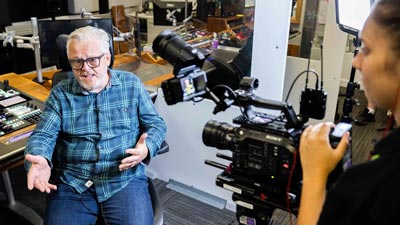 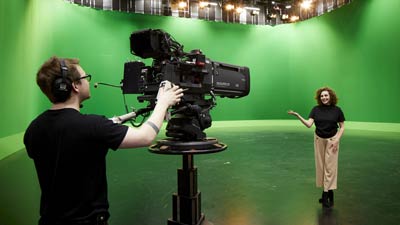 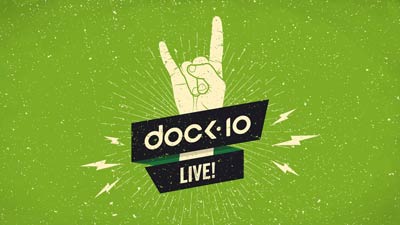 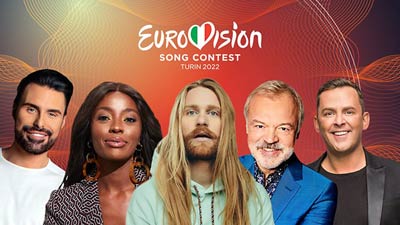