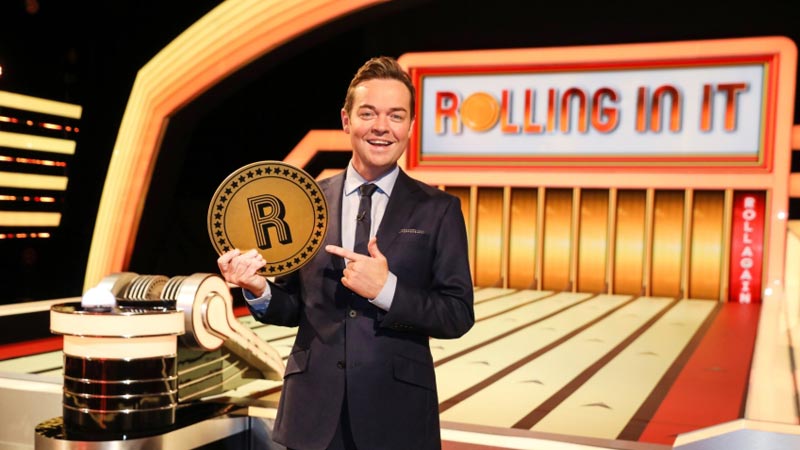 Presented by Stephen Mulhern and filmed at dock10 studios, Rolling In It is a game of chance which sees three contestants play alongside some of their favourite celebrities in a bid to go home with a big cash prize.

But they’ll need to have luck on their side because everything could change at the roll of a coin.

Three teams - made up of the player and their celebrity partner - have to roll a coin down a moving conveyor belt towards slots which are labelled with large cash sums to win, though also ‘Bankrupt’ slots which mean the player loses everything.

As the game progresses, the money values get larger, and as a result, so do the penalties. In this game of luck and fierce competition, the roll of one final coin could determine whether the contestant loses everything or goes home ‘Rolling In It.’

On the first episode of the series, Coronation Street stars Antony Cotton, Jenny McAlpine and Sair Khan will be hoping they have what it takes to win the jackpot.

Rolling In It is an Over The Top production for ITV.
Transmission (TX): Sat 08 Aug 2020