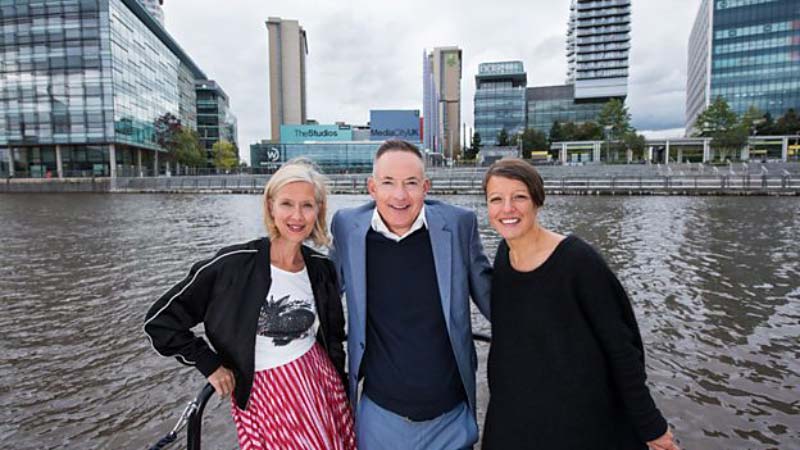 Sport Relief 2018 will be broadcast live on BBC One from dock10 in Salford.

Taking place on March 23, the star-studded night of TV will take place in front of a live studio audience as well as millions watching on BBC One from Dock 10 studios at MediaCityUK.

Held every other year, alternating with Red Nose Day, the last Sport Relief in 2016 raised £72.5 million. A night of celebrity involvement and entertaining sporting prowess awaits viewers in 2018 as Match of the Day host Gary Lineker returns as presenter alongside a host of other stars.

Alice Webb, Director of BBC North says: "It is always humbling to see the public dig deep into their willpower and their wallets achieving extraordinary feats to help those less fortunate for Sport Relief. The North West is seriously passionate about sport and has a real sense of community making it the ideal new home for Sport Relief TV."

Gary Lineker says: "It is an immense privilege to present Sport Relief and I have loved working with the charity over the years. Being familiar with Salford already thanks to Match of the Day I just know the programme will be given the warm welcome it deserves in the North."

Liz Warner, Chief Executive of Comic Relief, says: "Sport Relief brings people together across the country to do all sorts of sporting challenges and raise money for projects helping people live safer, healthier and fairer lives. With half the money being spent right here in the UK, it seems fitting the TV reflects that effort from all corners of the nation.

"I am absolutely delighted the TV event will come from Salford this year. As the home of BBC Sport, it gives the night a true regional character and makes it more distinct from its sister Red Nose Day."