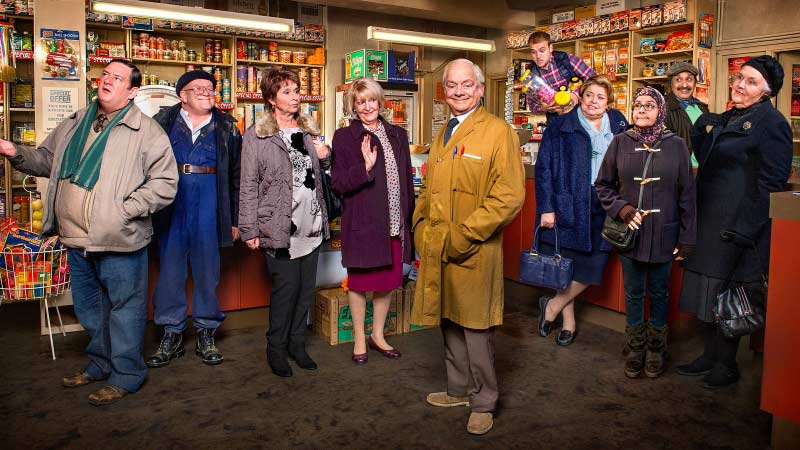 Twenty-eight years after the broadcast of the last episode of Roy Clarke's hugely popular situation comedy Open All Hours, we are recording a new episode at dock10 studios: Still Open All Hours.

Sir David Jason heads the cast as Granville, who some years back inherited the shop from his beloved but miserly Uncle Arkwright. He now runs it with his son Leroy, a cheerful, good-looking lad with more female admirers than Granville ever had. Granville sees him as the shop assistant but he sees himself as the head of IT. Granville has brought up Leroy himself, with the help of a lot of the local women, after he arrived on the doorstep as the surprise result of a one night stand in Blackpool 25 years ago.

The episode follows a day in the life of the shop and its customers including (retired) Nurse Gladys Emmanuel (Lynda Barron) and the Black Widow (Stephanie Cole). Granville attempts to get a date with old flame Mavis (Maggie Ollerenshaw) without her terrifying sister Madge finding out; Leroy shuns the old delivery bike and finds an altogether more attractive way to deliver the orders; and a sneaky new plan to shift a lot of anchovy paste has some rather surprising side effects.