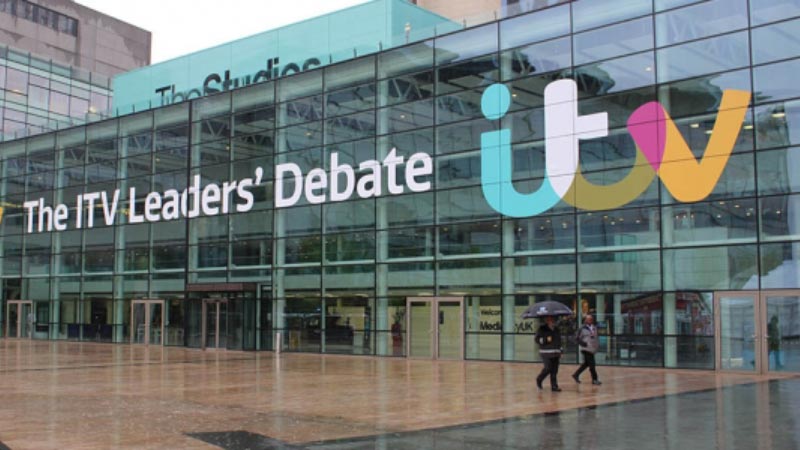 ITV confirmed today that the dock10 studios at MediaCityUK in Salford will be the venue for The ITV Leaders’ Debate, which will be broadcast live on ITV at 8pm on Thursday May 18th.

Moderated by ITV News anchor Julie Etchingham, the primetime broadcast will offer viewers the opportunity to see leaders engaging directly in debate on significant election questions, put to them by members of the audience.

Invited are the leaders of the seven parties that were represented in the 2015 ITV Leaders’ Debate – the Conservatives, Labour, SNP, Liberal Democrats, UKIP, Plaid Cymru and the Greens.

The invitation remains open to all seven party leaders until the debate goes on air. The stage will have the right number of podiums for leaders who attend on the night.

During the live debate, leaders will address questions posed by the studio audience.

The format will allow each leader to give an uninterrupted answer to each question, before the debate is opened to moderated discussion between the leaders.

The debate will address substantial election questions with enough time allocated for a proper free flowing debate between the leaders.

An experienced editorial panel is selecting the questions which go through to the debate on the night. The questions will not be seen by the leaders in advance.

There will be one break for leaders during the live broadcast, and ITV will go to a commercial break to facilitate this.