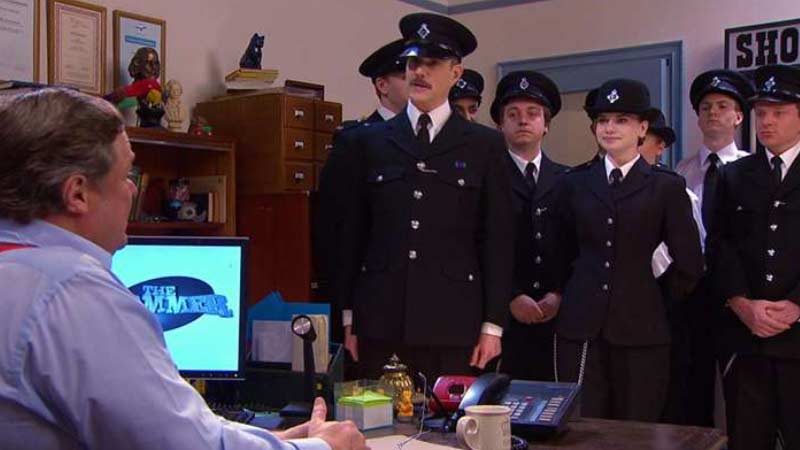 The popular CBBC show The Slammer has returned to dock10 for filming of series six and seven. Renamed as The Slammer Returns, this children's TV talent show sees four ‘prisoners’ being charged with outrageous showbiz-related crimes and incarcerated in the fictional prison HM Slammer. Here the inmate entertainers have to compete to impress The Governor and studio audience with a winning performance that could earn them their freedom.

The show, filmed in front of a live audience of 8-12-year olds at dock10 studios, also includes an ongoing comedy soap. This tells the story of the adventures of regular characters at the prison including The Governor, played by comedian Tim Robbins, and prison warden Mr Burgess, played by Ian Kirkby. A number of celebrities also appeared as cameos in the series.