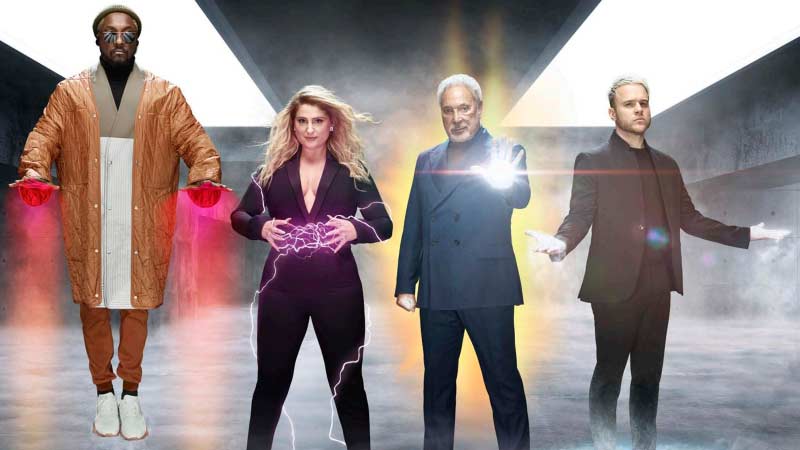 The Voice UK returns to ITV in January 2020 and this time with a brand-new Coach. Meghan Trainor joins the superstar panel alongside Sir Tom Jones, will.i.am and Olly Murs, who all return to their big red chairs following a summer spent entertaining audiences around the world on their respective tours. Emma Willis is back to host the competition with solo singers, duos and trios once again singing in the hope of turning chairs.

Trainor burst onto the music scene with the worldwide smash single All About That Bass in 2014 – a song that made her one of only five female artists to achieve a Diamond certification. Thus far, she has achieved eight multi-platinum singles and two platinum albums, sold out three world tours, and has not only penned hit songs for herself but written for a variety of artists across pop and country, including JLo and Rascal Flatts. Now she's hoping to discover the next winner of The Voice UK.

She takes up her seat alongside will.i.am, Sir Tom Jones and Olly Murs and the series will commence with the Blind Auditions. The awesome foursome will each be searching for ten stand out acts to fill their teams. The next round sees the Battles where the Coaches reduce their teams by half but, with the opportunity to steal one act each from another coach, they will take six through per team to the Knockouts.

Make it through the Knockouts and singers will earn a place in the live semi-final where the public will decide who makes it through to the final. Ultimately the viewers will choose their winner in the spectacular live finale. The winner will be set on the road to realising their artistic ambitions scooping a prize of a recording contract with Universal's label UMOD.

The Voice UK is filmed at dock10 and is an ITV Studios production of a Talpa format and the new series will air on ITV early next year.