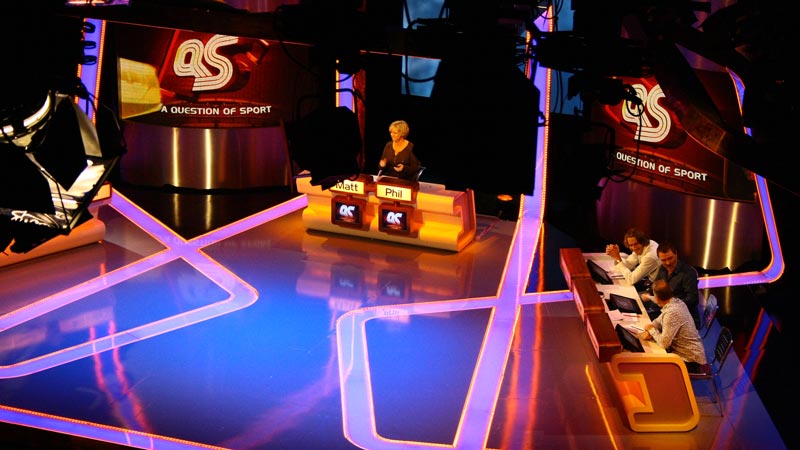 dock10 is the new home of Britain’s longest running quiz show, BBC’s A Question of Sport. First aired regionally in 1968, it was commissioned as a national series in 1970 and has since recorded more than 1,000 episodes across 46 series.

The current series sees the celebrity teams of Phil Tufnell and Matt Dawson battle it out over rounds including the classic What Happened Next?, Mystery Guest and Home or Away. It's a family favourite that keeps dock10 audiences coming back for more, year after year.

"A Question of Sport was one of the first programmes to be recorded in the newly opened dock10 studios and it’s since become a home from home. We record 36 episodes a year of Britain’s favourite sports quiz at dock10 studios, using their state-of-the-art facilities and working with some of the most talented and professional technicians and crews in British television. They care about the programmes and work with us to make them as good as they can be, and it shows on screen." Kieron Collins, Executive Producer, BBC Entertainment Production North